Personally, I do not know anyone who has ever achieved or been successful in anything without being consistent in the endeavor they were trying to master.

Today we, as a society, make excuses on why we don’t achieve or reach a specific goal we have. Why do we do that? The answer, to me, is obvious. At the start of an endeavor we are totally pumped up, but once things become a little uncomfortable, we choose to stop. Imagine if Edison gave up on his first try at all the inventions he made. Imagine if, after the first few tries trying to get a rocket off the ground, they had said, forget about it. Imagine if, after the first computer was developed, they had just stayed satisfied with what they had and never went any further. These people pushed and pushed to make their endeavors successful, and of course, to make money for themselves, but also to make everyone’s lives easier.

For me, I have been doing pushups for a while now and I can say that they are not comfortable. I could choose to stop right now, and no one would blame me. As a matter of fact, there would probably be some people that would help me make up excuses on why I should stop. One time I had a person tell me that I should break them up into smaller segments, that I can still get the same amount done but just in smaller chunks. I had someone else suggest to me that by stopping, I would be saving my shoulders from potential harm. And yet another told me that “they” could only do 15 so why not stop and consider what I had accomplished, successful?

No, I am going to keep going until I cannot do any more. My Goal is 365 days and not to miss a single day. This has been a journey that in the end, when I make it I will share with everyone. Remember, success doesn’t come to those who quit, but to those who in the end NEVER give up! 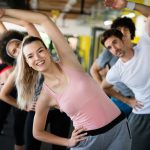 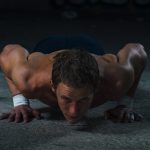 Almost to the EndBlog, Uncategorized