Recent research has suggested that the Exercise we do to improve our body also helps our brain. When we do high intensity Exercise our heart rate increases, supplying more blood flow to the brain. The increased heart rate also increases our breathing, making us breathe harder and faster which will supply more O2 to our system. This leads to neurogenesis, which is the production of neurons. Research has indicated that physical Exercise increases neurogenesis in the hippocampus, brain area important for learning and memory (however I do know some really dumb athletes so go figure). Additionally, Exercise also influences the neurotrophins, it’s the family of protein that aids in neuron survival, development and function. This leads to greater brain plasticity and as a result better memory and learning. Regular physical activity lowers the risk of developing cognitive impairment, such as dementia, including Alzheimer’s disease (but this doesn’t mean that you won’t get it but it can slow the process down). This improvement from the exercise is for people with normal and also impaired cognitive health, including people with ADHD, schizophrenia, multiple sclerosis, Parkinson’s disease, and stroke.

Aerobic exercise preserves existing brain cells while fostering the growth of new ones. Physical activity keeps the blood flowing in your brain and increases the chemicals that protect the brain.

Studies have found that physical activity can help the area of the brain that is the first to be damaged in Alzheimer’s disease. Regular exercise can reduce the risk of developing Alzheimer’s disease by up to 50 percent (I don’t know how true the percentage is, but this is what some of the Universities have mentioned).

Mounting evidence also suggests that exercise can boost brain function and protect against dementia. This makes great physiologic sense: increased blood flow to the brain means more oxygen and nutrients in, and toxins out. But questions remain. Will exercise help older adults? What about those who already have some cognitive impairment, even early dementia? What type of exercise, how much, and for how long?

Since I have been in this business (over 20 years) I have worked with some clients who have been with me for at least 15 years. I can honestly say that their abilities, at their current ages, are just outstanding. Each one I ask, over the age of 70, about their abilities and if exercise has helped, every one of them have told me that it has and even some have told me that they do more now than ever before. Some are still walking 8 miles a day and at a brisk pace too! (15-16 minute miles). Some are finding that they are stronger now than when they were in their 60’s. Some are even finding that their blood numbers are outstanding and their doctors are amazed at how healthy those numbers are.

Some of my clients tell me about their friends and how frail they seem, but they are not. It is true that exercise slows the aging process down and because of that we are able to keep our brain functions alive and youthful much longer than those who don’t help the body help itself. 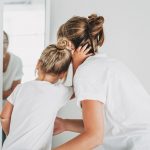