So what really makes success? Why is it that some people achieve great things while most others just go along struggling? What makes them so different? Do they have something special that most don’t have? Why do they succeed at everything they do?

A member came to me two years back and we had a talk about his diabetic problem. He told me that he has tried every diet in the book but none of them seemed to work. None of them seemed to get his sugar levels under control and his weight was just increasing every week. He was frustrated and it was evident. His knees hurt, his joints hurt and he was taking medications that at the end of the day he really did not want to take but were keeping him alive.

I tried to tell him that just eating right will not make you healthy and that exercise has to be part of your everyday regiment. I might as well have been talking to the wall because even though he heard me, he didn’t hear what I was saying. We tried accountability and that didn’t work. He was frustrating himself and about to give up.

Then one day he had an appointment with his doctor to talk about a knee replacement he was considering. He tells me that they talked for quite a long time and he was shocked at what the doctor told him. He tells me that the doctor told him that before he would do the surgery, he would have to get his A1C under control and lose 100 pounds. He left there discouraged but decided to get a second opinion. The next doctor said the same thing. Now what to do? He decided to give exercise a really good try again, get his A1C under control and lose the excess weight.

I remember I began to see him in the gym every day, working out vigorously and taking fitness classes. I thought that it probably wouldn’t last, so I didn’t give him the attention I was once before. But I began to see him more and more until one day I asked him what was up and he told me that he had a specific goal he needed to achieve to get something done with his knees.

A specific goal? You mean an attainable goal? One that in the end will get him to where he wants to physically and mentally be? What a thought! I felt like hitting him over the head and saying,” HELLO, WHAT HAVE I BEEN TELLING YOU FOR A YEAR NOW?!” But I didn’t. I wished him luck and watched him achieve new and better heights. I watched him lose that stomach. It just melted away. I also watched him improve his cardio-vascular strength. It was very impressive.

Well, at the end of that year he lost 105 pounds and over 40 total inches. Yes, he did have his surgery but now that he has found this new body, he tells me that he will never let it go.

The real key to success is goal plotting. You must have a purpose for why you are doing what you are doing. You can have the best intentions in the world, but if there is no goal attached, if there is no end game to go after, you will never succeed in achieving better health and fitness. 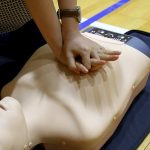 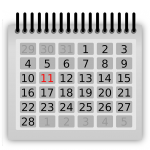 February is upon us. How’s it going?Blog, Uncategorized