On that day I was asked by the local High School to give a self-defense seminar. You see, I have been practicing self-defense training off and on for years now and I felt as though it was time that I got back into the mix a little bit.

As I enter the building, I am stopped by a lady that is asking for help. She states that there is a man that has just passed out and is on the floor and not breathing. My training kicked in and I ran to the scene to see if I could help. You see, I have EMT training and I feel that if I am in a situation where I can help, I don’t hesitate.

As I enter the room where the man was I noticed him laying on the ground and a lady giving him CPR. I went right over to help and began the process of assessing the man. After grabbing his head to keep it steady, I noticed that he was bleeding from the mouth, so I looked in and saw that he had bitten down on his inner lip which made me realize that is the source of the bleed. After a few short moments (which seemed like an eternity) he began snoring so I suggested to the lady to stop giving CPR so that I could assess if he could breathe on his own. He was able to but a few seconds after she stopped, he began to seize again. He was flailing both arms and legs and at first the lady was going to grab him but I told her not to and to let him finish the seizure while I held his head so that he wouldn’t give himself a concussion. After about a minute or so, he stop seizing and “melted in my hands”. At this time he opened his eyes again, I began to ask him several questions. “Do you know who you are?”, “Do you know where you are?”, “Who is the president?”, “What day is it?” Of which he looked at me dumb-founded and stated he had no idea of where he was or who he was. At that time the Paramedics arrived and took over.

Now the problem was to find out who this man was. I grabbed his wallet and looked at his license, this told me who he was and where he lived. But, we needed to call someone to inform them that he has had an episode of some sort and to ask about medical history. I found his cell phone and went to his emergency contacts, unfortunately there were none listed and his phone was securely locked. So now what? Well, we waited for him to become more alert to give us more information. We all waited while paramedics did their assessing, finally after what seemed like an eternity he did become more alert and asked for his cell phone to make a call.

This was my first experience at a real medical emergency. After it was over I asked myself, “what did I learn from it?” The main thing that stayed in my mind was, “Do I have emergency contacts listed on my cell phone?” Wow, how important is that. So here was my take-away from this situation, if you don’t have emergency contacts on your cell phone, you need to put them there soon. At any time paramedics, hospitals or the police may need to get in contact with someone on your behalf. Just think about how important this can be, so go to your phone and enter them now. 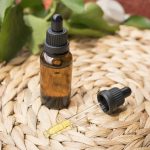